Today’s special guest post is brought to you by my colleague, and friend, Ben Coulthard. Ben is one of the most welcoming, charismatic, and team-first advisors that I can think of. Ben – starting only a few months before me but lightyears ahead of me in so many ways – was (and still is) instrumental to my learning and growth during my earliest days here. Each one of Ben’s clients enjoys his unapologetic authenticity and uncanny, spot-on metaphors regardless of the topic which makes it so much easier to get through even the most challenging questions or tough times like what we’re dealing with today.

Without further adieu, make sure you read to the end Ben’s Secret to success:

Believe it or not, Jonathan and I have more than a few things in common.

For example, we both became goalies at eight years old. (But unlike Jonathan, I was chubby and had limited athletic options.)

He was four years older and forty miles away, shattering records at Avon Old Farms – the Alabama Football of New England hockey. Seemed like every D1 college hockey program in the nation offered him a scholarship. Which didn’t really matter because the Los Angeles Kings signed him after his sophomore year. Makes sense, considering he later reimbursed them with two Stanley Cups and an MVP.

However, I had more of an Average Joe’s gym experience. I caught a growth spurt freshman year of high school, had decent hand-eye coordination, and capped it off with a middle-class work ethic. Certified Division 3 material.

…but The Secret to how one 6-foot guy got paid $50+ million for winning two rings and the other 6-foot guy peaked at the level above recreational sports requires more nuance.

The Secret is that reflexes and flexibility are not the primary drivers of successful goaltending. You can play Division I or semi-pro without excelling in these things.

The Secret is actually boring, which is why so few people are patient enough to master it. It took me until my gap year between high school and college (which I took because I didn’t have any college offers) to figure this out.

During that tweener year, I had a 70-year-old eccentric goalie coach who was constantly badgering me about skating. He’d wake me up at 5 AM to do figure skating drills for over an hour. Alone. With not a puck in sight, I’d be out there twirling around like Nancy Kerrigan. He obsessed over what I ate and was always force-feeding me nasty nutrition bars that tasted like Earth. My reward for a shotless workout at dawn included sermons about mental toughness.

I think I viewed him similarly to how traders viewed Buffett in the lead-up to the Dot Com Bust and the 2021 runup: “I respect your track record, Boomer, but I think you’re a little behind the times.”

What a mistake that was! Skating, diet, and mental fortitude are the key, and this was only apparent to me when it was too late.

Investment success has its own set of timeless rules, and like goaltending, most people don’t realize it until after the fact:

1. Skating = Saving – they both stink. I’d much rather sprawl around making glove saves just as I’d rather eat steak every night. But neither leads to long-term success. Skating and saving are about putting yourself in a position to execute. At high levels, shots and passes are too fast to rely on reaction time. Crisp and efficient skating determines whether or not you’ll make the eventual save. (“90% of the save is made before the shot is taken”). Saving as much money as possible and foregoing extravagance is the only way to take full advantage of long-term investing and compound interest. You may have a talent for choosing investments, but that won’t matter if you only have a few thousand dollars to wager.

2. Diet = Asset Allocation – diet is the foundation for every athlete, just as asset allocation is the foundation for every portfolio. I didn’t elevate my game until I drank water like a camel, ate a hearty pregame meal, and maintained energy levels with those nutrition bars that tasted like Mother Nature’s waste in between periods. It was a consistent system I could rely on no matter what was thrown at me that day. So many variables are out of our control, but we can at least tilt the odds in our favor. Figuring out what percentage of stocks you can stick with during good times and bad is the equivalent of drinking enough water and eating enough protein before a game. Master the system, and you’ll be ready for whatever comes your way.

3. Mental fortitude = mental fortitude – this is a universal rule and the most difficult to master. Distractions on the ice can include anything from heckling opposing fans to letting down your teammates on home ice. The ability to remain stoic in the face of chaos leads to championships and riches. With investing, market pundits are the heckling fans attempting to get you off your game. “Inflation! Interest Rates!” are the equivalent of “Hey goalie! My underwear has fewer holes than you do!” You can’t help but hear it. So you can either smirk and refocus or let it consume your attention. The gravity is only amplified during big games and turbulent markets.

Good goaltending and good investing come down to preparation. “Chance favors the prepared,” as my goalie coach would say.

You can’t invest if you don’t save, and you won’t stick to your investments without a proper allocation and temperament. 90% of the battle is won by executing on the simple, boring things that most folks don’t – or won’t – put enough emphasis on. The remaining 10% is picking the right thematic ETF and making flashy glove saves. If you don’t believe Jonny Quick and me, perhaps one of the greatest athletes of all time can put it in perspective for you:

“The fight is won or lost far away from witnesses – behind the lines, in the gym, and out there on the road, long before I dance under those lights.”

Obviously, Ali is referring to saving and asset allocation. 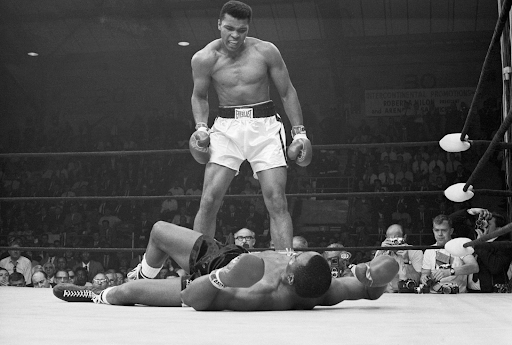 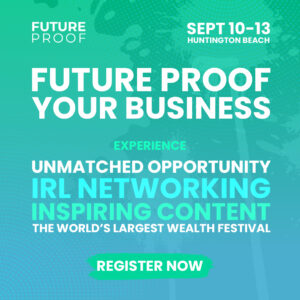